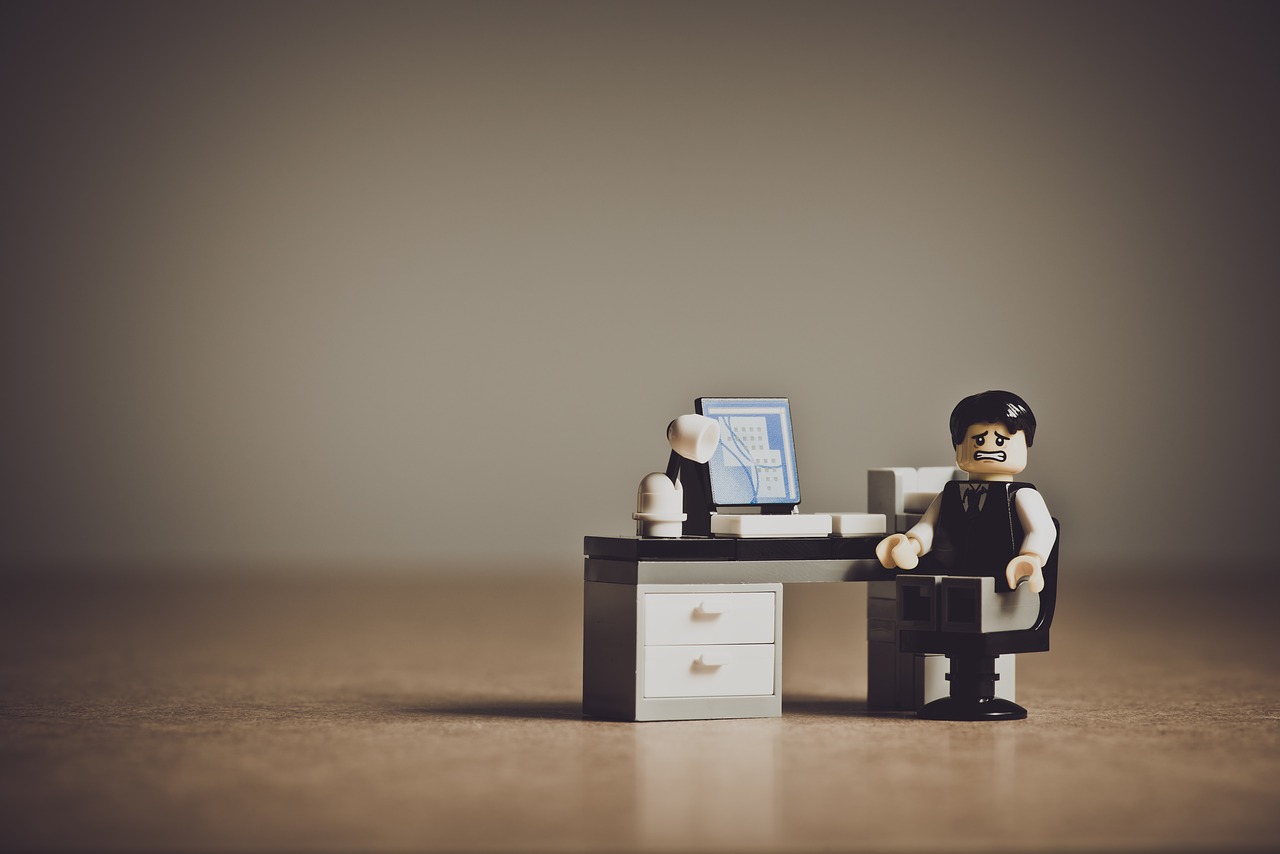 This article originally appeared on LinkedIn. As writers, we work a lot, and we work hard. Sometimes, we need to change our perspective about the type of work we’re doing.

On a balmy morning in April 2012, I sat in a cramped office on the second floor of Louisiana State University’s Himes Hall. The shelves behind me overflowed with discarded history textbooks and stacks of forgotten essays, each one eventually destined for recycling or shredding. A relatively new computer and its monitor were in front of me, while the desk they rested atop probably hadn’t been new since the first Reagan administration.

As I listened to the wind whistle through the cracked windows, my fingers tapped, tapped away on a keyboard. I had at least two more paragraphs to compose before breaking for lunch, and I wanted to make sure they were as dazzling on “paper” as they were in my head. I felt nervous but not scared. I had spent the better part of a year preparing for this moment and major milestone in my quest to earn a PhD: the dreaded and inescapable general examinations.

Many (though not all) doctoral programs in history require students to take and pass general exams once said students have completed their coursework. After you finish your last class, you spend anywhere from 6 to 12 months reading hundreds of books and synthesizing vast amounts of historical information. All of which you then employ during two days of essay writing and one day of oral interviews.

Both phases of the general exams are crucial; they’re your chance to show the professors evaluating you that you know your stuff—that you know your major field of history and that you’re qualified to continue your professional training. If you pass, you get to move on to the final stage, i.e., researching and writing your dissertation. If you fail, you might get another opportunity to redeem yourself, but if you don’t? You’re done. No PhD.

It’s basically the biggest, most elaborate test of your academic life, but I told myself I had nothing to worry about. I had prepared. I had worked hard, and I felt proud when I walked out of that small office at the end of my second afternoon of writing.

When Your Hard Work Isn’t Really Your Best Work

One week after I had finished the written portion of my general exams, I sat for the oral interviews. My committee spent about an hour lobbing questions about my answers and asking me to elaborate on certain topics. I did my best to respond thoughtfully, even when my hands began to tremble underneath the table.

I started to feel a little uncomfortable the longer the interview went on. Had I not done well on the essay questions? Should I be worried? I couldn’t really tell during those sixty minutes of inquiry, but I must have done well enough because I was given passing marks that same afternoon.

I felt a huge rush of relief as my committee congratulated me, and when my adviser brought me into her office afterward, I expected to hear mostly positive feedback on my performance and maybe some suggestions for improvement.

That is not what I heard.

“I’m going to be real, real honest with you,” she said, peering at me over the top of her glasses. “You’ve got a lot of work to do. One of your committee members wanted to fail you, and they’re not entirely wrong.”

I don’t remember if I replied to her in that moment, but I would bet I didn’t. In fact, I think all I did was sit in the green plastic chair in front of her desk and gape. With my mouth open. Not unlike a fish.

She went on. “I think you’re capable and smart, and I believe in you. But you’ve got a lot, and I mean a lot, of work cut out for you. Think you can handle that?”

I nodded, mumbled a few words about promising to do better, and walked out of her office. No longer a doctoral student but rather, a doctoral candidate. For the next few days, I heard “Well done!” and “Congratulations!” from peers and other professors, but I felt none of the pride I had when I finished writing my essays.

I had worked so hard, and I had almost failed? I had a lot of work cut out for me? What the heck had I been doing for the last 12 months? Was I just not capable of earning a PhD in history?

It took me about a couple of weeks to sort through the mixture of relief, self-doubt, regret, and disappointment to realize something very important:

If you miss the point of the work you’re doing, how much effort you put in doesn’t really matter.

I had spent thousands of hours reading history books and journal articles while preparing for my general exams. I had made lists, timelines, and hundreds of index cards to test my knowledge, and I could recount the foundational texts for all the major periods of American historiography. I had worked hard, and I had worked a lot.

Of course, my approach had been mostly, if not totally, wrong. The point of the general exams wasn’t to prove how well I could memorize what others had said about history; the point was to explain what I thought about history and to express my insights in a way that provided value to the people around me.

After all, the accumulation of my knowledge wasn’t solely for my benefit; it was also for the benefit of those who were willing to listen to me. Hard work wasn’t enough; I also needed to do the right work. I had to understand what others needed, and if I was capable, deliver that information in a way that helped them.

The Kind of Work That Brings Value to Others

In the years since my general examinations, I have sought to do the sort of work that can bring value to others. However, knowing you want to give to others isn’t always the same thing as knowing how.

If you’ve ever felt the same, I recommend trying these seemingly small but highly effective ways to bring value to those around us:

1.      Be Specific When Offering to Help. Saying you’re willing to help someone is a good thing to do, but not everyone knows exactly what they need. Asking questions such as “Would you like me to review your resume?” or “Can I introduce you to a good plumber?” is distinct from stating, “Let me know how I can help.”

Needing help is often a tough spot to be in. The more specific you can be when offering your assistance, the more pressure you take off the person you’re trying to help. Yes, it’s more work for you to figure out what someone could use, but it also can give you insight into their lives and build stronger, more powerful connections.

2.      Answer Questions You Know the Answers To. When presented with the chance to share what you know, take the opportunity as often as you can. Most of us have at least one area in which we possess extensive knowledge. By using that know-how to provide insight or information to another person, you can use your expertise and experience to lift up others or help them solve a problem.

3.      Amplify the Voices of the Quiet or Ignored. If you are in position of power, whether economically or socially, use your influence to bring attention to those who struggle to get their messages heard. Encourage colleagues to talk more during meetings and compliment their ideas; share the social media posts of individuals who are starting their own businesses or searching for a job; decline to speak at a company event and suggest the honor go to one of your less recognized teammates instead.

By giving your attention to those who have a hard time breaking through, you can help elevate them to success. And that, I think, is one of the best and most rewarding types of work we can do.

Join me again next week as we explore the intricacies of writing, research, punctuation, or musings. In the meantime, follow me on Twitter!